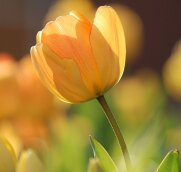 Agnes Juanita Mulder Spivey, a native of Elmore County, born April 6, 1940, daughter of Opal Brown Woodall and Charlie Gamble Mulder, also both of Elmore County, passed into eternity on February 28, 2019 at the age of 78 after a two month illness.

Her family will remember her as a devoted wife, mother, sister, and grandmother. She was a woman of deep faith, guided by her deep love of God and her church. She performed many unsung generous acts for her family and members of the community.

Donations in her honor may be made to Westside Independent Missionary Baptist Church, 1825 Gilmer Ave, Tallassee, AL 36078.

To order memorial trees or send flowers to the family in memory of Agnes Juanita Spivey (Mulder), please visit our flower store.