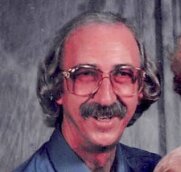 A memorial service will be held on Wednesday, August 12 at 2 pm at Linville Memorial Funeral Home with Rev. Andrew Schmitt officiating. The family will receive friends at the funeral home from 1:30 pm to service time.

He graduated from Samford University at 17 years of age. He was accepted into Naval Intelligence but was unable to serve due to an injury. He started his teaching career in 1955 and after retirement from public school, he became principal at Haverhill Baptist Day School in West Palm Beach.

He was a world renowned orchid expert. He enjoyed collecting orchid stamps, coins and currency and has the world’s largest collection of each.

To order memorial trees or send flowers to the family in memory of Andy Lanier, please visit our flower store.