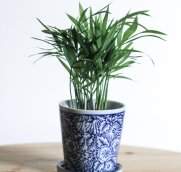 He is preceded in death by his father, Bobby Lee Lumpkin and sister, Melonie Lumpkin Speakes.

He was called Keith by some and Bobby by many. He was a carpenter by trade and loved doing beautiful woodwork in his spare time. He loved watching Alabama football with his Mama. He served others, always helping with anything he was asked. Most of all, he loved spending time with his family and his friends. He was a devoted husband, father, son and brother. He was called “brother” by many. He left us too soon but we rejoice that he is home now. He will truly be missed.