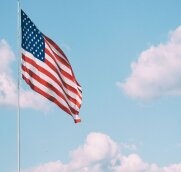 Charles Tony Bodenheimer went to be with the Lord peacefully in his sleep on the morning of July 16, 2019 after being surrounded by his family in his final days. Tony, as he was always lovingly known, was born in Tallassee, Alabama on August 26, 1948 and lived most of his life in the shadows of the Tallapoosa River.

Tony was a lifelong history buff of militaria from revolutionary times to modern era and loved reading Westerns, War Novels, and Historical Fiction. Tony was most proud of two things in his life - his family and his service in the Navy - and would do anything for both. While in High School Tony was a young member of the Civil Air Patrol. He graduated from Dothan High School in 1966 and immediately joined the Navy. Going through school in Biloxi Tony became a Navy Corpsman and served at the Naval Hospital – Guam. After discharge, he married Kristy and settled in Tallassee to live his life and raise a family.

Tony worked for several local businesses and then worked many years of his life in Montgomery, finally ending up at Maxwell Air Force Base touring distinguished visitors. Tony sacrificed much in his life for his family and community. He was a member of Tallassee’s Rescue Squad in the 70’s and 80’s and in the 90’s drove tour buses for Southwind Drum and Bugle Corps all around the country so his children could perform in competitions. He was instrumental in Tallassee High School’s band boosters in the early 1990s and loved attending his grandson’s football games and wrestling tournaments later on.

Tony was a member of First Methodist Church and after marrying Kristy became a long time member of First Baptist Church where he was baptized April 11, 1976. Tony was loved by so many as he touched a multitude of lives with his caring and generosity for all of his 70 years on this earth.

Visitation will be held at Tallaweka Baptist Church, Thursday, July 18 from 6pm till 8pm. Graveside service will be at Rose Hill Cemetery, Friday, July 19 at 10am with Rev. Isaac Kervin officiating, Linville Memorial Funeral Home and Crematory directing.

“Let us cross over the river and rest under the shade of the Trees.” – T. J. Jackson. Tony, your family, friends, and brothers in arms wish you… Fair Winds and Following Seas.

To order memorial trees or send flowers to the family in memory of Charles Tony Bodenheimer, please visit our flower store.