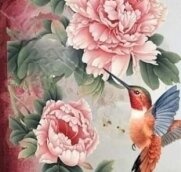 Funeral service is scheduled for Friday, June 11, 2021 at 12 noon at Linville Memorial Funeral Home. Visitation with the family will begin at 11 am.

She is preceded in death by her parents, Maurice Godbout and MarieAnne Dube Godbout; husband, Brent Davis and father-in-law, James Thrower Davis.

To order memorial trees or send flowers to the family in memory of Debra Michelle Davis, please visit our flower store.