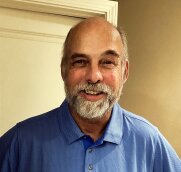 Visitation will begin at 1 pm with funeral service to follow at 2 pm at Linville Memorial Funeral Home on Wednesday, April 20, 2022 with Rev. Jay Woodall officiating. Burial will be in Carrville Cemetery.

He was a graduate of THS Class of 1977 and attended Auburn University where he was a member of Tau Kappa Epsilon fraternity. He attended Church of the Highlands. His hobbies included water skiing, anything on the lake and Auburn Football. War Eagle! His greatest joys in life were his daughter and grandson. He was deeply loved and will be greatly missed.

To order memorial trees or send flowers to the family in memory of Donald Craig Goss, please visit our flower store.