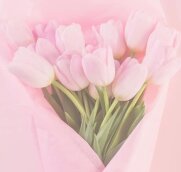 A graveside service will be held at 12 noon on Thursday, May 20 in Fellowship Baptist Church Cemetery in Dadeville, Alabama with Linville Memorial Funeral Home in Eclectic directing.

Say not in grief ‘she is no more’ but in thankfulness that she was. -Hebrew Proverb.

To order memorial trees or send flowers to the family in memory of Emma Pearl Smith Hewitt, please visit our flower store.