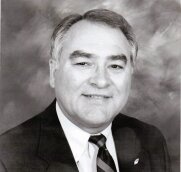 Freddie is survived by his wife of 58 years, Janice Cochran Patterson of Tallassee. Together they raised three children: Stacey Patterson Worley (Christian), Les Patterson (Susan) and Lance Patterson (Susan). Their grandchildren include Meghan Wood-Olsen (Tyler), Jessica Patterson, Ashley Worley, Laney Green and Ryan Green; and a great grandson, William Vines. Other survivors include a brother, Kenneth Patterson (Tammie), and several nieces and nephews. Freddie was preceded in death by his parents.

Freddie graduated from Macon County High School where he played football and basketball. He graduated from Auburn University in 1969. Following a brief career with Alabama Power Co., Freddie began his career with the Alabama Farmers Federation on Nov. 18, 1974, as an area organization director. In 1985, he was named director of the Women’s Division for the Federation, a job that included working with Alabama legislators. In July 2000, he was promoted to the position of director of the Federation’s Governmental Affairs Department, a position he held until his retirement on Dec. 1, 2007.

During his 33-year career with the state’s largest farm organization, Freddie earned a reputation as one of the foremost proponents of Alabama agriculture and was a formidable adversary to those who would dare encroach upon the rights of the state’s farmers. He helped establish Alabama Ag in the Classroom, was a steering committee member of the Alabama Rural Health Association and served on the board of directors of PALS (People Against a Littered State).

Freddie was also active in his community, serving leadership roles in several philanthropic organizations. He served on the Tallassee Parks and Recreation Board and was a president of the Tallassee Jaycees. In 1972, he was named an Outstanding Young Man of America. He was an elder and lay speaker at the First Presbyterian Church of Tallassee where he was superintendent of Sunday School, and for 20-plus years he taught Sunday School for residents of the Tallassee Nursing Home. His love of football was legendary in his adopted hometown of Tallassee. He served as the stadium announcer for the Tallassee High School Tiger football team for more than a decade.

Always a snappy dresser, Freddie was known for his quick wit, tenacity, optimism, friendship, sense of humor and storytelling abilities. His broad circle of friends included some of the most influential political leaders and farmers across the state, and he never forgot his humble roots, nor was he ever too busy to be kind to those he loved or to a stranger in need. He was a staunch follower of Auburn University football and a fan of the fighting Irish of Notre Dame. He enjoyed golf and spending time with his family. He frequently shared his funny stories, life experiences and wisdom with friends and family.

He will be deeply missed by his family and friends. The family offers a special thanks for exceptional caregivers, Royette Brooks, Raynell Ray, Betty Foster and Community Hospice Care - Tallassee.

Funeral services will be Monday, April 18, 2022, at First Baptist Church Tallassee at 2 p.m. Visitation will be from 12:30 - 2 p.m. prior to the service. Burial will follow in Rose Hill Cemetery.

To order memorial trees or send flowers to the family in memory of Freddie Eldred Patterson, please visit our flower store.