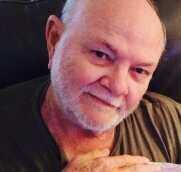 He honorably served our country in the Vietnam War with the United States Air Force and was a proud veteran. He was a loving husband, father and grandfather and will be greatly missed.

No funeral services are scheduled. Online condolences at www.linvillememorial.com.

To order memorial trees or send flowers to the family in memory of Gerald Eddie "Jerry" Watts, please visit our flower store.