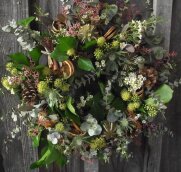 Glen Maurice McCord, originally of Dothan, Alabama, took his last breath on January 19, 2021. After the legendary Rip Hewes encouraged him to leave Dothan to start school at Chipola Junior College, he graduated from Troy State College (Troy University), and earned his Masters in counseling from the University of Alabama. Maurice was the Director of Student Activities at Troy State University and North Florida Junior College where he served until he went to work for McGraw Hill and was eventually the national sales manager for independent colleges and schools.

He had three sons, Matthew (Alley), Mark (Stacey), and Christopher (Dara), a lawyer, an engineer, and an executive chef, respectively. He understood a good martini and was a decent fisherman. All of his sons were better at it than him, and, consequently, so will his grandchildren be. He was masterfully stubborn, an ardent proponent of civil rights, a defender of the Episcopal Church, would argue with a fencepost, seemed constantly willing to share his liberal political ideology, and was always ready to launch into a sermon on John 13:34, "A new command I give you: love one another…." He was brilliant.

He was flawed, but, then that begs the question, which of us is not? If you stood nearby in church, you might hear his quiet baritone voice speaking the Lord's Prayer, doing business with a God he could not see, but with whom he seemed to wrestle, at one time or another, for most of his life.

He was the last of the original McCords, preceded in death by his parents and his five brothers and sisters. The great shining lights of his legacy are his beautiful grandchildren, Jacob, Aaron, Jesse, Mills, and Cotten.

A memorial service will be held at a later date when it is safe for folks to gather and share his memory.

To order memorial trees or send flowers to the family in memory of Glen Maurice McCord, please visit our flower store.