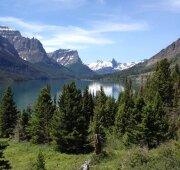 He was preceded in death by his brother, William Mac Gantt and sister, Geraldine Floyd.

He is survived by his son, Lee and wife Dawn Gantt and their children, Madison Gantt, Jackson Gantt, Misty Martin and Jeremy Zellers; his daughter, Michelle Gantt and her children, Kilonii Henry, Andre Henry, Roni Jade Smith and Levi Smith; his sister, Diann and husband Tommy Johnson and many great-grandchildren, nieces and nephews.

A memorial service will be held January 8, 2022 at 2 pm at East Tallassee Church of Christ with Minister Mike McElroy officiating. The family will receive friends beginning at 1 pm until service time

To order memorial trees or send flowers to the family in memory of Henry Lee "Willy" Gantt Sr., please visit our flower store.