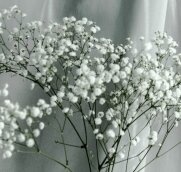 Infant Silas James Grigsby, of Tallassee, passed away June 25, 2021. Though he never spent any time with us, he touched many of our lives. He will always hold a special place in our hearts.

To order memorial trees or send flowers to the family in memory of Infant Silas James Grigsby, please visit our flower store.