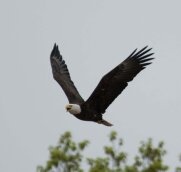 He enjoyed fishing and barbeque cookouts with his family. He worked as a supervisor with Central Elmore County Water Works and also worked with Friendship Water Works. He then spent over 25 years as a truck driver and was an avid Auburn football fan.

To order memorial trees or send flowers to the family in memory of Jimmy Wayne Fulmer, please visit our flower store.