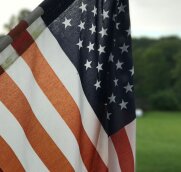 A memorial service will be held at 2 pm on Saturday, October 19 at Linville Memorial Funeral Home and Crematory.

Mr. Elliott honorably served in the United States Marine Corps during Vietnam and received two (2) Purple Hearts. He was Chief in Command at the VFW in Wetumpka. His unselfish nature was shown by his donations to VFW fund raisers and the Salvation Army. Besides working as an auto mechanic, he enjoyed feeding birds and watching them.

To order memorial trees or send flowers to the family in memory of John Judson Elliott, please visit our flower store.