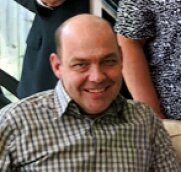 Family and friends will gather on Saturday, December 18, 2021 at 10:00 am at Linville Memorial Funeral Home for a time of remembrance.

He was a machinist and was presently employed with International Paper. John enjoyed farming, with special love for his cattle and dogs. He liked hunting and spending time in the outdoors, but his love for family and friends was the greatest.

To order memorial trees or send flowers to the family in memory of John Lawrence, please visit our flower store.