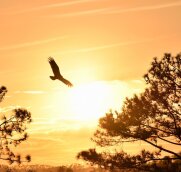 John Ervin Waites left this world on July 4, 2019. He was born on January 4, 1931, in Elmore County. In 1961, John married Vivian Hall and together they raised a son, Byron and their daughter, Teresa.

John entered the Air Force after high school and served his country for four years. Upon his discharge in 1956, he held down a variety of jobs before he accepted a position at Hodgson Concrete where he was a dispatcher. During his years at Hodgson, he was a dedicated worker that never missed a day at work during his career and this earned the respect of many in his field. In 2000, he retired after 37 years and in appreciation for his commitment to Hodgson, he was awarded a plaque naming him the “Employee of the Century.” One of John’s passions was fishing, and he and Vivian enjoyed that hobby together. He also enjoyed the countless hours they spent with their children and grandchildren at sports practices and games as well as enjoying many family vacations in Florida throughout the years.

In lieu of flowers, donations may be made to one’s favorite charity in his honor. Condolences may be posted at www.linvillememorial.com.

To order memorial trees or send flowers to the family in memory of John Ervin Waites, please visit our flower store.