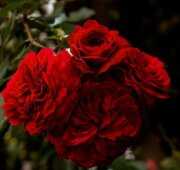 Due to the constraints brought about by the current coronavirus outbreak, a private funeral service will be held. Brother Faron Golden will be officiating the funeral.

Judith was born in East Tallassee, AL to Nellie Pitts McCain and Thomas Irving McCain on August 19, 1942. She married Kenneth M. Abrams on December 18, 1962 in Tallapoosa County, AL. While Judith’s primary occupation was a stay at home mother to her two daughters, she held BS and MS degrees from the University of Central Florida. Judith was a member of Bethlehem East Baptist Church in Tallassee, AL and was an avid volunteer for many years.

Judith is preceded in death by her mother and father, Nellie Pitts McCain and Thomas Irving McCain.

Memorials may be given to CurePSP at psp.org. The family of Judith Abrams wishes to extend our sincere thanks to Brookdale Senior Living facility and the Personalized Living staff that have helped to take care of her over the last year.

To order memorial trees or send flowers to the family in memory of Judith Faye Abrams, please visit our flower store.