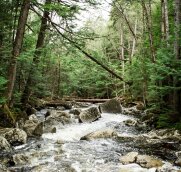 He was a devoted husband and father. He was an active member of his church as long as he was able, when disability kept him from church. He was an avid fisherman. He retired from Mt. Vernon Mills after 30 plus years. He is preceded in death by his wife, Shirley S. Warren; parents, James and Lena Warren; and brothers, Billy and Sydney.

He is survived by children, Bruce Warren and Jason Warren (April); daughters, Tammy Smith (Gary) and Deborah Bacate (Norman); along with six grandchildren and five great grandchildren. He is also survived by two sisters, Mary Ellen Edmondson of Opelika, AL and Carolyn Howard (Mike) of Farmington, MO; and several nieces.

The family will receive friends on Monday, March 11, at First Presbyterian Church from 1 to 2 pm with services to follow at 2 pm with Chaplain (Col) John Eidsmoe officiating. Burial will follow at Carrville Cemetery, Linville Memorial Funeral Home directing.

To order memorial trees or send flowers to the family in memory of Larry Delano Warren, please visit our flower store.