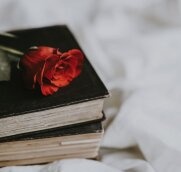 Marshall Author Wilson, age 74, passed away on February 21, 2022 at his residence in Eclectic, Alabama, after a sixteen-year battle from Parkinson’s Disease. Marshall was born in Montgomery, Alabama on January 13, 1948 to Marshall A. and Edna V. Wilson.

Aside from the two overseas tours with his parents to Japan and England, Marshall spent most of his childhood in Montgomery, Alabama. After graduation from Lakenheath High School in England, he returned to Alabama to attend Auburn University. It was in his first semester of college that he met his future bride of 54 years, Lynda Sue (Crowder) Wilson. After their marriage, he enlisted in the United States Air Force where he spent one year on active duty. After this year on active duty, he enlisted in the reserves and began a successful career with AB Dick Corporation which led him to relocate to numerous company offices across the United States as he rose the corporate ladder. After a 20-year career with AB Dick, he left corporate life to launch his own company, Fire Guard Protection Systems and Safety First, Inc., in his hometown of Montgomery, Alabama. He successfully ran this business for over 30 years.

Marshall is best known for his faith in Christ, strong work ethic, and commitment to his family. He was a loving son, brother, nephew, cousin, husband, father, grandfather, great-grandfather, brother-in-law, and uncle. His unfaltering wisdom, booming laughter, servanthood, and the ability to never meet a stranger will be solely missed.

The family would like to honor and thank his faithful caregivers Pam Bowden, Nancy Lightsey, and Carol DuPay for their sacrificial service to Marshall. Special thanks also to Ivy Creek Hospice and Ivy Creek Home Care, especially his nurse Christy Segrest, as well as our dear family friends Dallas and Donna Kleeman of New York for stepping in to assist during the difficult last days.

Visitation will be from 1:00 pm until the time of service at 2:00 pm on Thursday, February 24, 2022 at First Baptist Church of Eclectic with Bro. Britt Green, Pastor Grady Russell and Chaplain Douglas McKinney officiating. Burial will follow in Pleasant Grove Cemetery.

To order memorial trees or send flowers to the family in memory of Marshall Author Wilson, please visit our flower store.