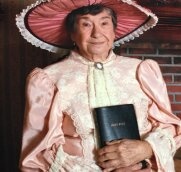 Funeral services will be private.

She was a long time member of East Tallassee Church of Christ where she directed the Livi Bear Ministry. She retired from Mt. Vernon Mills after 33 years of service. Her hobbies were crocheting, sewing, making pillows for breast cancer patients and serving as caregiver for families. She will be remembered for her cornbread cakes and preserves. To her family, she was the glue that held them together and she will be greatly missed.

In lieu of flowers, memorial contributions may be made in her memory to East Tallassee Church of Christ. Online condolences at www.linvillememorial.com.

To order memorial trees or send flowers to the family in memory of Mary Joyce Reeves, please visit our flower store.