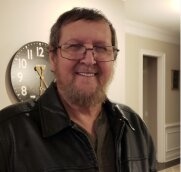 Funeral service will be Thursday, September 5, at 2 pm at East Tallassee United Methodist Church with Rev. Jay Woodall officiating. Burial will follow at Carrville Cemetery, Linville Memorial Funeral Home and Crematory officiating. Visitation will be at the church prior to the service, starting at 12 noon.

He is preceded in death by his parents, Oscar and Gladys Gray; grandson, Justin Matthew Brown II and son-in-law, Robert Segrest.

He was a veteran of the United States Army, serving in Vietnam. He was a cancer survivor of sixteen years. He will be greatly missed by his family and by those whose lives he touched.

To order memorial trees or send flowers to the family in memory of Melvin Samuel Gray, please visit our flower store.