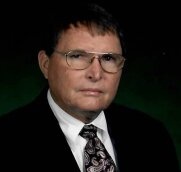 He was a graduate of Minor High School in Birmingham and earned a Master’s Degree from Auburn University in research psychology with an emphasis on cortical functions and learning. He owned and trained border collies for over twenty-five years. He edited and published The Southern Stockdog Journal, an internationally distributed magazine. He authored two Border Collie Manuals, one in 1997 and one in 2007 for Barron’s Educational Series. He was a life member of the North American Sheepdog Society and American Border Collie Association. He retired as a Senior Systems Analyst. He attended Claud Independent Methodist Church for 37 years. He was an avid Auburn University fan. War Eagle!

To order memorial trees or send flowers to the family in memory of Michael Douglas DeVine, please visit our flower store.