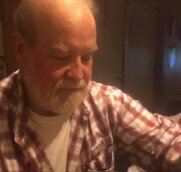 Michael (Bo) Gilmore of Eclectic, AL passed away July 31, 2020 at the age of 61. Bo was born February 7, 1959 to James Gilmore and Nellie Estelle Trammell of Crestview, Florida and was a resident of Eclectic for more than 40 years.

Bo owned and operated Gilmore’s Auto Equipment and Repair for 15 years. Bo led an exemplary life of serving his friends, community and family leaving behind many who consider him a mentor and friend.

A funeral service will be held at Mt. Hebron Church of Christ in Eclectic, AL on Wednesday, August 5, 2020 at 12:00 pm, with Jimbo Small and Tim Mann presiding. There will be a visitation period for family at 10:00 am with friends being received at 10:30 am. A church service will be followed by a short drive to graveside at Good Hope Cemetery, Linville Memorial Funeral Home & Crematory directing.

For those who may be uncomfortable with crowds, the family is placing Mr. Gilmore’s beloved fishing boat at Mt. Hebron Church of Christ @ 4530 Co. Rd. 80 Eclectic, AL as a memorial for anyone wanting to pay respects and drop off flowers or a card.

To order memorial trees or send flowers to the family in memory of Michael "Bo" Gilmore, please visit our flower store.