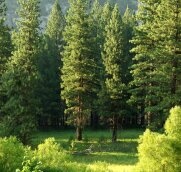 Michael Ronald Williams of Dadeville, Alabama passed away on 12/26/2017 at 6:30 pm. Born at the height of World War 2 in Battle, East Sussex in southern England, and raised in Wales by his grandparents, Michael became a Boy Entrant in the British military at the age of 15. In the 1960-70’s he fought in conflicts all over the world as a member of the British Special Forces. This included helicopter pilot training at Fort Rucker Army base outside Dothan, AL in 1964, and fighting embedded with the American forces in Viet Nam. After retiring from the military, he worked as a contracted civil engineer in Europe, Africa and the Middle East, including Saudi Arabia where he met his current wife Laura Tucker Williams in 1983. After years of living in Saudi Arabia, Cyprus and Alaska, they returned to Laura’s home state, to their country home outside Dadeville, AL. Known for his “lovely accent”, biting wit, intellect and charm, Michael wanted to be known as a man who deeply loved his family, friends, all creatures great and small (especially his dog Henry) and life as a country gentleman. He served on the vestry of the Episcopal Church of the Epiphany in Tallassee, and was a member of the VFW (Veterans of Foreign Wars), and will be sorely missed by many. He is survived by his wife Laura Williams, daughter Deborah Williams (in Nyabing, Australia), sons Rhys and Glyndwr Williams and daughter Angharid Williams (in England), and sons Kie and Allen Williams in the U.S.A, six grandchildren and one great-grandson. He was preceded in death by his son Llwyd, and parents June Soan and Ronald (Gene) Thomas Williams. Funeral services will be conducted by Rev. Dr. John Wells Warren at the Episcopal Church of the Epiphany, 2602 Gilmer Ave., Tallassee, AL on Saturday 12/30/2017 at 1:00 PM.

Privacy Disclaimer
The information contained in this Book of Memories is intended solely for the private use of the families and friends of the deceased to support each other and honor, respect and pay tribute to the memory of the deceased. Any and all other use is strictly prohibited. Without limiting the foregoing, any reproduction, distribution of the information contained herein, nor any contact or solicitation of any person identified in this work, nor any attempt to use the information in the work is prohibited.

To order memorial trees or send flowers to the family in memory of Michael Ronald Williams, please visit our flower store.

Episcopal Church of the Epiphany