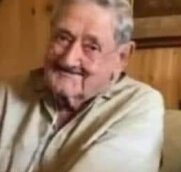 He was a lifelong member and deacon of Watson Chapel Congregational Church. His hobbies were farming, gardening, fishing and bird and rabbit hunting. He enjoyed spending time with his dogs through the years and watching westerns, especially Gunsmoke. He was an avid fan of Auburn Tigers football. He cherished any time spent with his family. He was always ready to share a story with his friends.

The family extends grateful thanks to Community Hospice for their compassion and loving care shown to Mr. Swink and the family.


To order memorial trees or send flowers to the family in memory of Raymond Claud Swink, please visit our flower store.