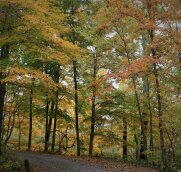 Reuben Earl Thornton, III recently passed away peacefully at his home on Lake Martin, Alabama after a very private and gallant battle against Glioblastoma. He was surrounded by his loving wife Jackie, his brother Jim and devoted rescue dog, Flea.

Reuben was born on February 4, 1957 in Montgomery to R. E. Thornton, Jr. and the late Marion Pratt Nolan. He is predeceased by his beloved in laws, Archie and Cornelia Taylor, his grandparents Colonel Gordon Pratt and Rosalie Kulmus Pratt, R.E. Thornton, Sr. and Nell Northcutt Thornton, and his infant brother Wesley Hilton Thornton.

He leaves behind to cherish his memory his devoted wife Jackie, his father R. E. Thornton, Jr., his brother Jim and his sister, Christine Thornton Taylor (Sean) of Sandy Springs, Georgia. In addition to an army of friends and former colleagues, Reuben is survived by five nieces and nephews: Kirby Thornton (Alex), Wesley Breal (Justin), Taylor Thornton (Paige), Charlie Taylor and Rosie Taylor. He also is survived by five great nieces and nephews, Lex and John Michael Thornton of St. Louis, Ashton and Everly Breal of Pawtuxet River, Maryland and Caroline Thornton of Ramer.

Reuben graduated from the University of Alabama where he was a proud member of the SAE Fraternity and for a time, the publisher of the college Greek system newspaper, The Rammer Jammer. After a successful sales career, Reuben and Jackie created and opened a USDA approved frozen casserole manufacturing company, the Dirt Road Gourmet, in the Red Hill area. Throughout the Southeastern United States, Reuben created long lasting friendships and relationships in the grocery business and took an unknown brand to great success. One of his greatest joys was the fact that the business continues today, under new ownership, with its long term employees in its original location.

Reuben Thornton was truly a Southern gentleman and a friend of friends who loved the song of life. His humble, caring heart and quiet presence endeared him to all who knew him. He will be dearly missed.

At Reuben’s request, there will be no funeral or visitation. A private family service will be held in the Chapel at Children’s Harbor.

To order memorial trees or send flowers to the family in memory of Reuben Earl Thornton III, please visit our flower store.