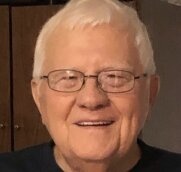 Robert S. Czerpak, 81, of Eclectic, AL, formerly of Mt. Pleasant, PA, passed away on Tuesday, February 1, 2022 surrounded by his loving family. Robert (Bob) will be dearly missed by all that knew him. He was born January 23, 1941 in Middletown, PA, son of the late Stanley Czerpak and Ruby Harmon Czerpak Hawk.

Bob was an Air Force Veteran and loved spending time with his family and friends. He also enjoyed fishing, hunting, cruises and traveling.

By request of family, funeral services were private. Condolences and contributions may be sent to Rita Czerpak at 1730 Fleahop Road, Eclectic, AL 36024 to help offset funeral expenses.

To order memorial trees or send flowers to the family in memory of Robert Stanley Czerpak, please visit our flower store.