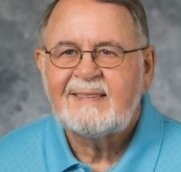 He was born February 3, 1946, to Homer Elnathan Williamson and Ruth Mozela Rayburn Williamson of Mobile, AL. He was preceded in death by his parents, step-father, J. P. Gibson, one sister, Lona Mae Williamson Burkett, and an infant brother, Joseph Albert Williamson.

Following graduation from Vigor High School, Mobile, AL, Bob was drafted into the Army his first year of college and served as a “Drill” Sergeant at Fort Benning, GA, during the Vietnam War. Returning to school in 1969, he earned a Bachelor of Arts degree in Religion from Mobile College (University of Mobile) in 1971, followed by a Master of Divinity from Southwestern Baptist Theological Seminary in 1973. While studying in seminary, he was ordained as a minister in 1972. He served as pastor of Alvord Baptist Church, Alvord, TX, and Pinedale Baptist Church, Montgomery, AL, before appointment by the Foreign Mission Board (International Mission Board) to serve as a career missionary in Rhodesia, southern Africa. He and Vicki served in Rhodesia one term and for another term in Bophuthatswana. In 1982, the family returned to the states for 15 years of pastoral ministry, first serving at First Baptist Church, Eclectic, AL, and then at Moffett Road Baptist Church, Mobile, AL. During his years in the pastorate, Bob completed his Doctorate of Ministry degree in 1990 also at Southwestern Seminary. In 1996, he and Vicki sensed a call to return to the mission field and were reappointed as career missionaries to Cape Town, South Africa, serving alongside Westridge Baptist Church. They retired from the International Mission Board in 2011, having served a combined 21 years together in southern Africa. Before fully retiring from ministry, Bob then served as pastor of Mount Hebron East Baptist Church, Eclectic, AL, where he and Vicki helped the church rebuild after a tornado destroyed the church’s facilities. In total, Bob and Vicki served 50 years together in ministry. In subsequent years, Bob enjoyed his men’s Sunday School class, visiting with family and friends, walking his dog, Toby, and planning trips.

Our family would like to express appreciation to the wonderful church families we have served in ministry, and we are grateful for the love and support of Good Hope Baptist Church, Eclectic, AL, during Bob’s illness. We would also like to thank the UAB Hospital medical staff in Birmingham, AL, for their wonderful care.

In lieu of flowers, donations may be made in his memory to the Lottie Moon Christmas Offering for International Missions through Good Hope Baptist Church, 1776 South Fleahop Road, Eclectic, AL 36024.

Friends and family are invited to a visitation at Good Hope Baptist Church on 1776 South Fleahop Road, Eclectic, AL, on Thursday, July 29, from 10:00 am to noon. A celebration of life will be held at noon with a graveside service to follow at Good Hope Cemetery near the church, Linville Memorial Funeral Home and Crematory directing. Online condolences at www.linvillememorial.com.

To order memorial trees or send flowers to the family in memory of Robert Ellis "Bob" Williamson, please visit our flower store.