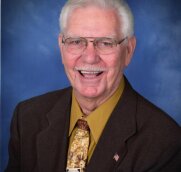 Private funeral services will be held and he will be laid to rest in Rose Hill Cemetery in the Brantley lot.

He was known by many names to many people. One that many people remember is the “Coffee Breaker.” He covered many topics by using his camera and VHS camcorder to capture images of “the happenings” in town. Then “the happenings” moved to his “Coffee Breaker” articles. From 2000 to 2020 he authored over 1,040 published articles. His story telling was not limited to his written articles. If you happened to go by his barber shop, you would be the recipient of face-to-face stories. Oh yeah, he was also a barber and had his own shop, Brantley Barber Shop. If you told him a trip was being planned, he would give tips to make the journey more enjoyable. Day trips and local scenery spots were one of his hobbies, especially if it involved covered bridges. Many people knew him as “The Sign Man.” He could make any sign and hand paint your own plaque or as he would say, a “shingle” to hang above your business.
If one’s accomplishments can create a bouquet of flowers, his bouquet would be full. One flower is his service in the U. S. Army for 27 years. He served in Desert Storm and after that in the Alabama Army National Guard.

He was a faithful servant and dedicated member of Bethlehem East Baptist Church. He was committed to his faith with the same passion as all other areas of his life. He served as a deacon and was chairperson of several committees of the church.

His simple life and positive attitude made us all proud to be from this small town that we all call home.
The family requests donations be made to one’s favorite charity in his memory.

To order memorial trees or send flowers to the family in memory of Ronald Hilliard Brantley, please visit our flower store.