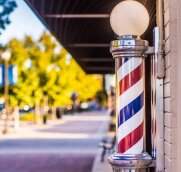 He is preceded in death by his parents, Herman and Mary Pearl Keahey Cullars and daughter, Pamela Lindsay.

Shelby loved his family, church, life, horses, dogs and Alabama football. He enjoyed being a barber and playing dominoes. He had a horse, Blue, that won Grand Championship in Tennessee. He retired from the Army National Guard with over 26 years of service.

To order memorial trees or send flowers to the family in memory of Shelby Cullars, please visit our flower store.