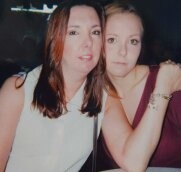 On Thursday, February 18, 2021, Sherry Anne Phillips, loving wife and mother of two children, passed away at the age of 56. Sherry was born on July 26, 1964 in Montgomery , AL to Otis and Connie Beck.

Sherry had a passion for drawing, painting, and knitting. She was incredibly talented and extremely humble. Sherry was known for her quick witty humor, compassionate spirit, and her ability to always make someone smile. Her greatest pride in life was being a mother and grandmother.

Sherry is preceded in death by her father, Otis, and her mother, Connie. She is survived by her husband, Steven Phillips and his children and grandchildren, Shannon Fencher, Randy Phillips, Taylor Phillips, Mackenzie Phillips, Kalia Fencher, Ayla Robinson and Messiah Gandy; her two children, Candice (Taylor) Rowe and Ryan (Mary Lawren) Hall; her four grandchildren, Jace Hall, Alaina Rowe, Audrie Kate Hall and Jackson Rowe; and many siblings. Sherry will be greatly missed.

The family will be holding a private memorial service on Monday, February 22, 2021 at Linville Funeral home. Flowers and donations may be sent to 84632 Tallassee Hwy, Eclectic, AL 36024.

Online condolences may be posted at www.linvillememorial.com

To order memorial trees or send flowers to the family in memory of Sherry Anne Phillips, please visit our flower store.