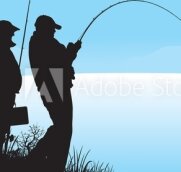 A memorial service will be held at 4 pm, Thursday, August 19, 2021 at East Tallassee Church of Christ with Minister Mike McElroy officiating.

Bibba graduated from Tallassee High School (Class of 1970), and Alexander City Junior College. He studied at Auburn University before working for several architecture firms where he found a passion for design.

He was a member and former elder of East Tallassee Church of Christ. He founded and was the director of Labor of Love Ministries (Dobb’s House) in the late 1980’s. Bibba especially loved family, life, fishing and Auburn football.

To order memorial trees or send flowers to the family in memory of William "Bibba" Carr, please visit our flower store.