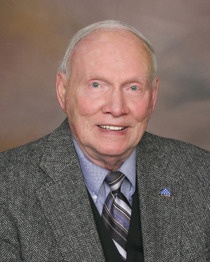 He graduated from Tallassee High School in 1948, where he was president of the Student Council; Troy State Teachers College (now Troy University) in 1951 (B.S.), where he was a student leader; and Auburn University in 1958 (M.Ed.). He also attended West Texas State College, Canyon, TX, and did post-graduate work at the University of Florida.

Bill was unique and lived a life of service to others. His work ethic was amazing. For 78 years, he received a paycheck. He began working at age 13 at the Palace Café of the Woodall Hotel and received his last pay from Linville Memorial Funeral Home at age 91. Bill was an educator for 38 years. He lived and worked on four of the seven continents. His teaching career began at Troy High School (now Henderson High School), Troy, AL in September 1951. Because of the Korean War, he resigned in November 1951 and entered the USAF (1951-55). He received basic training at Lackland AFB, TX and Sheppard AFB, TX. The USAF sent him to administrative school at West Texas State College, Canyon, TX. Bill was administrative clerk at Westover AFB, MA; senior administrative clerk at Sidi Slimane Air Base, Morocco; and administrative supervisor (S/Sgt) at Eglin AFB, FL.

On December 1, 1995, after 47 years living elsewhere, Bill returned to his hometown of Tallassee. During his 27 retirement years in Tallassee, he worked six years at the Hotel Talisi as cashier and tour guide and 18 years as a funeral attendant at Jeffcoat Funeral Home and Linville Memorial Funeral Home. For 15 years, he was a Commander, Tallassee American Legion Post 118. Bill was an elections poll worker for 20 years. He was active in the Tallassee High School Alumni Association for nine years and served as chair of the THS Hall of Pride Committee and the Alumni Scholarship Committee. In 2001 the Tallassee Chamber of Commerce honored him with the Frances Herren Wagnon Award for volunteerism and his service as Tallassee tour guide. In 2016 Bill was inducted into the Tallassee High School Hall of Pride. He also served as co-chair of the Troy University World War II Era Reunion Committee. At age 92, he continued to research and compile genealogies for family and friends.

Bill was an avid Tallassee historian and dedicated preservationist. Tallassee's rich heritage and culture were important to him. He wanted it preserved. For more than 27 years he researched and published it in books, magazines and newspapers. For 24 years he was an active member of the Talisi Historical Preservation Society and served as secretary, historian and museum curator/director. In 2004 he and Bob Brown removed the 1860s Micou-Sistrunk-Carr House for the society. In 2004 he acquired the 1898 Tallassee Mills Superintendent's house from the City of Tallassee and helped renovate it for the society. For more than 20 years, each Wednesday morning on WTLS radio, he presented a live 45-minute broadcast about Tallassee's history, In 2022, the City of Tallassee named a park in his honor.

In 2008, when Tallassee was 100 years old as an incorporated city, he served on the City Centennial Committee. Bill co-authored a pictorial history, Images of America: Tallassee. Goss discovered that there was no record or photographs of the first eight mayors (1908-1948) at Tallassee City Hall. Bill compiled a list and obtained photographs of those mayors. He recommended that a City of Tallassee flag be created. He was guest-editor of the 68 pages centennial edition of The Tallassee Tribune, the largest ever published in Tallassee. In 2014 Bill also co-authored Gladys McNair's 1941 Study of Tallassee.

As a preservationist, he wrote the text for three historical markers: "History of Tallassee; Confederate Officers Houses; and General Birkett Davenport Fry, CSA." On June 7, 2013, the Tallassee Falls Museum opened with Bill as its first director/curator. He spent 18 years collecting documents, photographs, books and artifacts for twelve exhibits. For six years, he kept it open 20 hours a week. In 2019, Bill was instrumental in erecting a historical marker for Seminole leader Osceola, who was born in the Muskogee (Creek) village of Talisi. Goss also designed and erected historical signs for the 1844 Patterson Log Cabin and the 1941 Tallassee Mills Guest House.

The family will receive friends on Monday, October 10, 2022 beginning at 11:30 am with memorial service to follow at 12 noon at Linville Memorial Funeral Home. The service will be live on Facebook at 12 noon.

Privacy Disclaimer. The information contained in this obituary is intended solely for the private use of the families and friends of the deceased to support each other and honor, respect and pay tribute to the memory of the deceased. Any and all other use is strictly prohibited unless consent is provided in writing by the funeral home. Without limiting the foregoing, any reproduction, distribution of the information contained herein, nor any contact or solicitation of any person identified in this work, nor any attempt to use the information in the work is prohibited.

To order memorial trees or send flowers to the family in memory of William Elbert Goss, please visit our flower store.